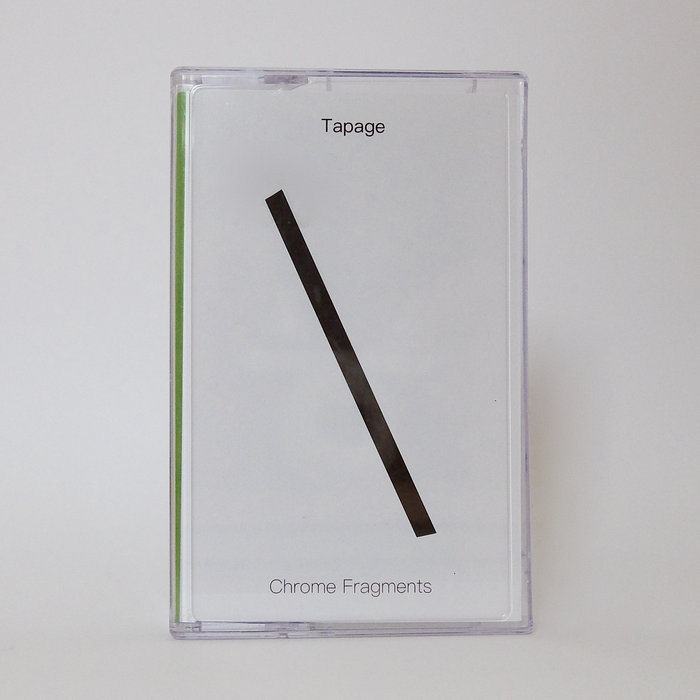 “My father used a 4-track recorder, because he liked playing quatre mains on the piano and didn’t have anyone to play with him at home. I used the machine in my youth to record my musical experiments with, among others, feedback, I didn’t have a computer then.

Last year Tapage received a cassette recorder from a friend and he has listened to the tapes he has always kept and then digitalized them. These recordings are the core of the new interpretations who will be released on tape again: Chrome Fragments (LOMEK027).

“Modern techniques enable me to have more control over the modifications of the source sounds. I was looking for a balance between the rough quality of the original tapes and the possibilities to record them in more complex compositions”, says Tapage.

The grating of the source material on the one hand and the tight production on the other gnaws and propels. Organic music that forces you to listen closely. Futuristic, electrically charged while being very earthly, as if the elements play along as powers.

The artwork contains a piece of the feedback loop and every copy gets a piece. This drone can be downloaded as an extra track.

Bandcamp Daily  your guide to the world of Bandcamp

MF DOOM is given his flowers, plus appearances from MC Jada Imani and Stanley Ipkuss